Canada as a viable option for French companies in the U.S. amid recent immigration restrictions on foreign workers

As the CEO of the Canadian e-commerce giant, Shopify, put in his tweet “Canada is awesome”! He tweeted the message right after the news came out about talents that are currently prevented from working in the U.S due to the executive order signed by President Trump. The question this move created in everyone’s mind is “will this loss be a benefit to Canada”? The latest U.S. visa suspension rules will create major challenges for skilled workers and immigrants as well as for companies that are relying on foreign worker force to run their business in the U.S. There are currently many French companies with a branch or subsidiary, Schneider Electric, BNP Paribas, and St. Gobin are among the largest players that are sponsoring French citizens at some part to carry their business in the U.S. What are the challenges of moving and staying in the U.S. as a foreign worker and how much Canada is standing out in this picture?

CHALLENGES OF MOVING TO U.S. AS A FOREIGN WORKER OR SKILLED IMMIGRANT

The first major challenge is that U.S. will create more backlogs that will slow its immigration processing to a crawl beyond 2020. Immigration and foreign worker programs in the U.S., Canada, and every other country exist to support the public policy goals of each nation. However, it is difficult to achieve public policy goals when your immigration system is too slow to respond to your country’s evolving economic and social context. 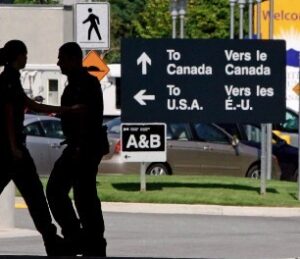 Another major challenge is it can be difficult to achieve your immigration system’s public policy goals when you create too much uncertainty for employers and skilled workers. People want to know that their applications will be processed within a transparent amount of time. Unpredictability tends to scare employers and skilled workers into considering other options. Multinational corporations and skilled workers will likely look to immigration options in Canada and other countries because they no longer have much certainty about how the U.S. will process applications beginning next year.

U.S. will always remain a highly attractive destination to global talent, it has the world’s largest economy, best universities, and countless opportunities for those that want to go into business, technology, health, research, and every sector and occupation in between. However, its constant missteps on immigration will end up crushing the hopes of countless individuals who wish to pursue the American dream and this will represent a loss to the U.S. economy.

CANADA REMAINS A LAND OF HOPE 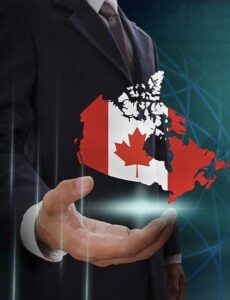 On the other hand Canada remains committed to welcoming high levels of immigration, foreign workers, and international students. Prior to the pandemic, it was welcoming over 1 million new permanent and temporary residents each year, and was eyeing further increases across its immigration categories. By introducing the Global Talent Stream (GTS) in 2017, Canada made it possible for skilled workers to obtain a Canadian work permit within just two weeks after getting a Labour Market Impact Assessment (LMIA) approval, which also takes about two weeks. The GTS may prove to become more appealing after the decision to freeze new work visas for the remainder of the year by U.S. officials.

Furthermore, additional programs such as Francophone Mobility provides a tremendous amount of benefit to French speakers who have intentions to reside and work in any province other than the Quebec. As such, Canada seems to have an opportunity to become a leader in technology and innovation post-coronavirus and programs such as GTS and Francophone Mobility will provide leeway to achieve this for the French business community! 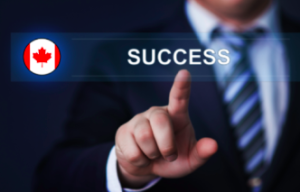